You are here: Home / Archives for Char 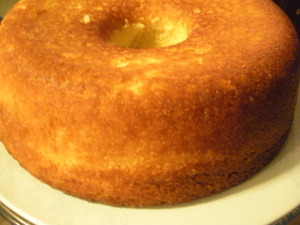 My sister Becky, got the recipe for 7-Up pound cake from my cousin Dee (Delores). Anyway, I got the benefit of their transaction and all I can say is delicious! My sister’s cake was made from scratch and was moist and luscious! There are some recipes online using a box mix too! I say whatever floats your boat (works for you) and tastes good!

Something special happens to vegetables when you oven roast them and oven roasted zucchini and yellow squash is a perfect example of this.  The food takes on a smoky, sweet, slightly charred taste that is nothing like how the same vegetables taste when steamed or boiled on the stove top  – simply yummy! If you have trouble getting your kids or family in general to eat their veggies, try this cooking method!You’ve got nothing to lose and oh so much flavor to gain! 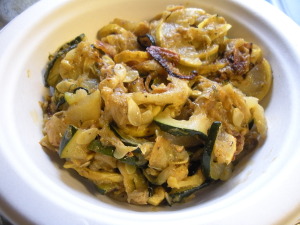 Ok – this recipe is how I’ve been fixing carrots for the kids where I work.  This preparation gives carrottts an exotic, spicy, sweet, savory kind of vibe. I really love carrots fixed this way, and I’m not a carrot lover. The kids eat them (more or less) too!  It reminds me of sweet potatoes, but I know they’re carrots. My recommendation, if you don’t serve sweet potatoes in some form for your holiday dinner table, try curried carrots. You’ll get the color and some of the flavor! Different and delicious! 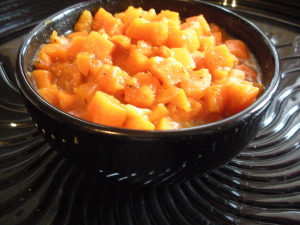 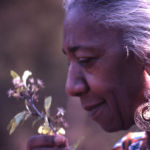 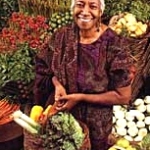 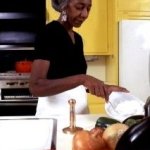 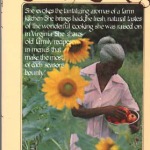 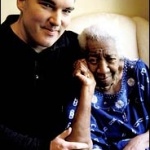 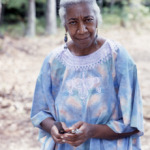 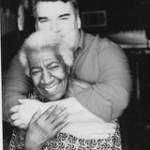 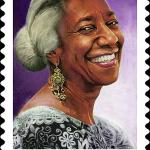 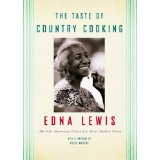 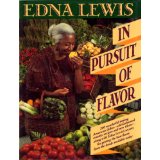 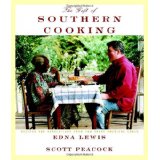 My ham of choice is Sugardale honey baked ham. I know that you may not have this brand in your part of the country or your part of the world, but I’m working on getting a link that you can purchase your ham through and have it shipped directly to you so stay tuned! When I started cooking, one of the most confusing things was trying to figure out how to buy a ham. What kind of ham, how big a ham, how to cook the ham. It was terrible! Well, hopefully, I have helped you solve a problem that it took me years to figure out. Sugardale hams are succulent, sweet and tender! I prefer the boneless option – no waste! I can still season my beans, greens, salads and soups with the left overs – so, win-win!  Today, I used a simple baking method. I was out of brown sugar so I rubbed honey over the outside of the ham, blanketed it with pineapple tidbits and maraschino cherries and baked it for about 2 1/2 hours. I removed the ham, let it rest then sliced and served it. Simply delicious – family tradition making ham! 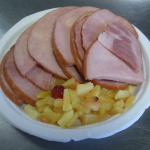 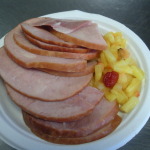 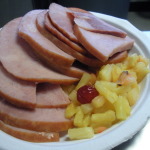 Creamy, dreamy scalloped potatoes are the stuff that soul food aka comfort food is made of! And as we all know – soul food is the ultimate comfort food! Starting with a roux and a Mother sauce, with smoky ham and bacon flavor – yum! These potatoes are perfect with just about anything but they’re especially good with baked ham – in fact, it’s a perfect pairing! A simple, easy dish that looks and tastes like you spent all day cooking. Sure to become a family favorite – they’re that good! 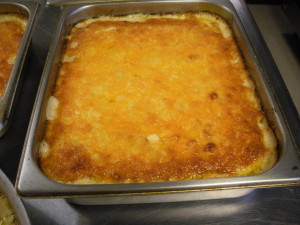 Macaroni and cheese is a lot like gumbo or curry – everybody has their own family recipe or way to make it. I hope before it’s all said and done that we have family and friends that upload their special mac and cheese recipes, so you have lots to choose from! Let me start it off by posting our family macaroni and cheese recipe which is 75% my Mom and 25% me. At least that’s the way I feel about it, or as they say that’s my story and I’m sticking to it! I consider macaroni and cheese as one of soul food’s 7 elite side dish recipes, which to me are ( in no particular order)…

Just give me those 7 sides and I don’t really care what kind of meat you’re serving – it’s all good! This mac & cheese is rich and creamy with a velvety cheese sauce made from 5 cheeses, heavy whipping cream and eggs. For a really creamy mac & cheese, you can leave out the eggs and it will give you a delicious baked and creamy mac & cheese! Soul good!

Update: I don’t know what I was thinking but I forgot some other VERY important sides that should also be added!!! I left out biscuits, beans, grits, corn pudding – and so many others, the list goes on!!! Don’t know WHAT I was thinking!!! Not! 🙂 In my own defense, I think my list above is holiday/Thanksgiving & Christmas centered. Please forgive me for all the delicious side dishes that I omitted that are truly stars in their own right!

Best Ever Macaroni and Cheese
Author: Sweet Mother
Prep time: 45 mins
Cook time: 1 hour
Total time: 1 hour 45 mins
Serves: 18 x 24 pan
Ingredients
Instructions
Serving size: 3 x 3″ hunk of mac & cheese love
Notes
I made eggs optional for this reason. If you add the eggs you will have more of an old school baked mac & cheese souffle dish. Without the eggs, your mac & cheese will be creamier because the eggs aren’t there to make it bind & set as much.
3.5.3226

I was invited to a throw down yesterday by my sister Becky. She told me to stop by after work to get something to eat because she was cooking. My two sisters Becky (Rebecca Suzanne) and Phyl (Phyllis Randa) and I all cook alike because all three of us were cooking “home schooled” by our Mom. Anyway, I was only too happy to stop by as Becky can truly “throw down” when she wants to. Not in the Bobby Flay “I challenge you to a throw down” way. I mean in the “come on over and eat cause I threw down” way!  Becky likes to pretend that  she “doesn’t remember how to cook” because she doesn’t do it as often as she used to when her kids were coming up! I figured out that if you pretend like you don’t remember how to cook, you get invited to eat other people’s cooking more than they get to eat yours! Smart, especially if you don’t love to cook as much as some of us do. Anyway as I was saying Sister Sue “threw down” yesterday!  Here’s the menu, which was quite fabulous for a “nothing special going on” Friday night meal.

And since I was so full that I refused to take a plate when I left, I’ll be going back for round 2 later today! (lol)

I”ll close this out with the words of Pharrell Williams, “Because I’m happy…  Clap along if you know what happiness is to you” 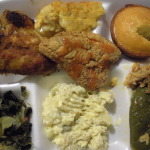 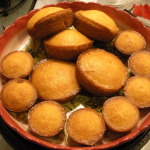 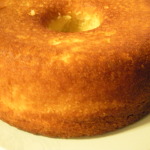 Hi… My Name Is Chef Char And I Am A Soupaholic! It’s true – soup is my Achilles heel! I love soup and I love to make soup – year round! I don’t care if it’s 9 degrees or 90, I’ll still eat a bowl of steaming hot soup anytime! I’m sure I love soup so much because I can remember my Mom’s soup! Mommy was such a fabulous cook! There are many kinds of soup that I love and make but I’ll start with a true classic – homemade chicken noodle soup! It’s soooul good!